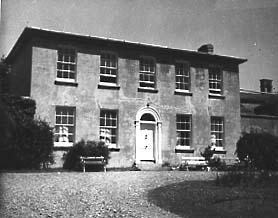 The name Bleasby is indeed rare in County Cork. They came to Ballinacurra from a part of Cork City known today as Watercourse Road, and remained there for almost 200 years. They were a wealthy, successful and popular family, very much involved in the tannery industry. In 1878 William Bleasby owned or controlled 691 acres of land in County Cork.

Extract from “The Bleazby Family – from Ireland to Geelong and Beyond” By Elaine N. Wallace, published 2004

Ballinacurra House, where several generations of Bleazbys lived, is some 3 km west of Kinsale township. In 1996 a local historian, Gerry McCarthy, guided us to this large, impressive and beautiful mansion, which belonged to the Bleazby family for almost 200 years. In 1791 the Bleazbys purchased some 300 acres of land from the Swetes for £5500, with a view to settlement. The central part of Ballinacurra House seems to have been built in 1791, with the wings being added much later. 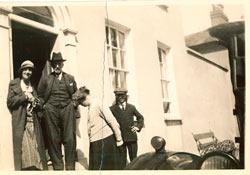 The Bleazbys gave their name to the creek and the sight of the patriarch of the family marshalling his daughters to morning service at Saint Multose Church has been chronicled by Lennox Robinson.

Some 23 km (about 10 miles) south of Cork city is Kinsale, one of the most picturesque of the Irish seaports, situated on Kinsale harbour, the estuary of the Bandon River. A little further south is a promontory with spectacular cliff scenery named Old Head of Kinsale where in 1915, during WWI, the Lusitania was sunk off the coast by a German submarine. Kinsale has one of the few medieval parish churches in Ireland. St Multose, founded in the twelfth century, and an important event in the town’s history is the famous battle of 1601 when the English defeated the Spaniards.

The last member of the Bleazby family to occupy this large residence was Emily, who was married to William Barns Leach, and she died in 1967. Emily and many family members are buried in the nearby Tisaxon graveyard. “Ti” means house and “saxon” refers to the English. Therefore Tisaxon is “the house of the Englishman”, a name originally given to a monastery not far from Ballinacurra, started by English Monks in the seventh century.

The Bleazby family was known in the area as wealthy, successful and popular, and it was thought they were very much involved in the tannery industry. The estate was close to the river and had a private quay and a boathouse, very popular with family members who were always interested in boating. In 1878 William Bleazby owned or controlled 691 acres of land in CO. Cork. William and John Bleazby were lessors of property (according to Griffiths Valuations) at Kinsale, Timoleague and Clonakilty. 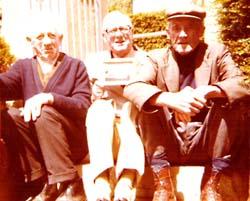 In 1996, Gerry McCarthy, the historian showed us an original workhouse building now being used as Council offices. Gerry recalled that members of the Bleazby family were on the board of Guardians of the Workhouse during the years of the Great Famine from 1845. They manned soup kitchens and did as much as they possibly could to relieve the suffering caused to thousands of Irish people. There also a memorial burial ground dedicated to the many thousands who died of malnutrition or starvation during the famine. Desperate people would try to get into the workhouse building, but those who could not because of overcrowding, just died outside and were carried across to the burial field shown in the photograph. Irish people had been mainly dependent on potatoes for sustenance, and they faced a disastrous situation when the crops failed because of a fungus disease. Some emigrated, but many just perished.